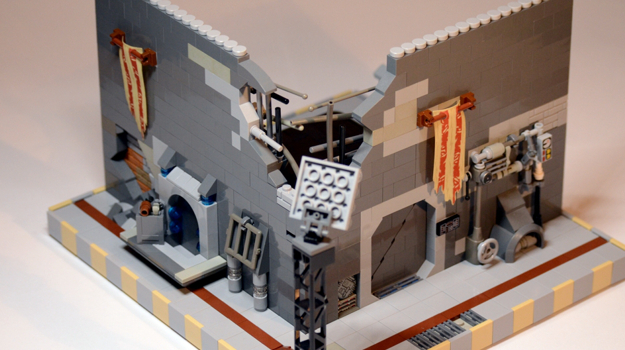 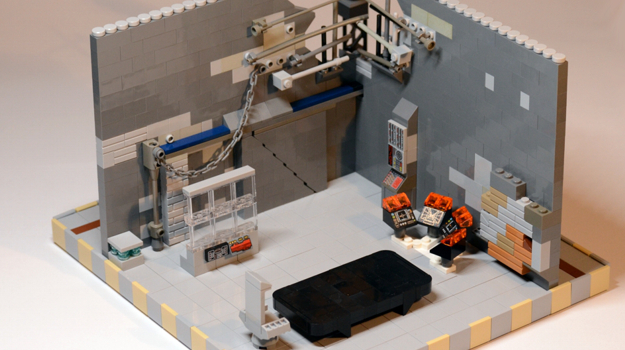 Even though it was not the strongest build, my entry received a lot of praise for the photography and the intruiging narrative. I attribute these qualities to the movie-like preproduction and the efficient lighting setup that I used.

First of all, I shot from the evening until the middle of the night in my living room, so there was no sunlight involved which could change over the course of a few hours; everything was lit with artificial light.

This was my "studio", if I might call it that; my rather small living room table, but large enough for my purposes. I used sheets of white paper, taped together and taped to the table and the wall in a smooth curve, as a background. The curved form of the paper sheets made sure that there would be no hard border visible in the background of my pictures. Aside from my basic living room light, which I can adjust in brightness, I used a desk lamp as my main source of light: 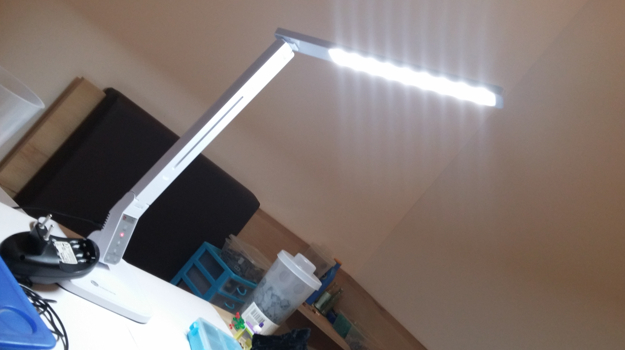 I bought it specifically in order to light my photography and it cost around 30 bucks. Not only can you adjust the brightness levels with it, but also the color temperature between your usual, warm household temperature and rather cold light which resembles sunlight a lot more. 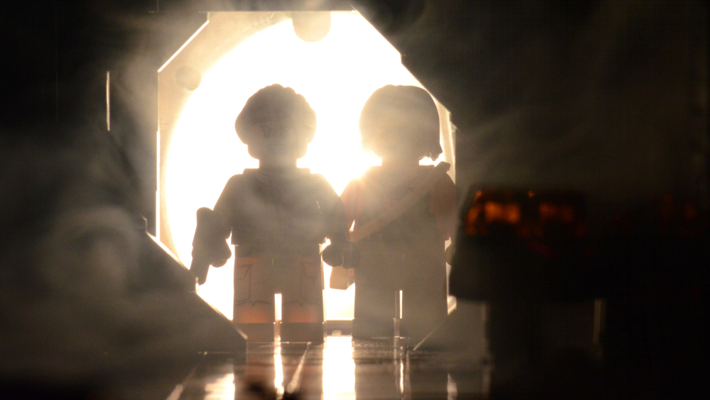 This shot was especially praised. It was achieved with an additional desk lamp, though a rather old and cheap one, set up directly behind the minifigs and aimed straight at the camera. The smoke in the shot is a practical effect as well rather than a digital one; it was merely vape produced by an electric cigarette and blown right into the shot at the right time. I hoped for the smoke and the light combined to result in visible god rays, but that didn't work out and I didn't want to add them digitally, so I went with this end result. Also, I tried to illuminate the computer consoles on the right with a laser pointer, but that didn't work out too well and its effects are barely recognizable in the picture. 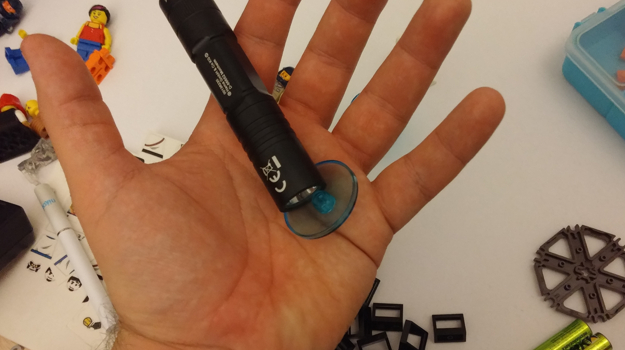 Finally, for the hologram table scene, I changed the lighting conditions drastically. I turned off the desk lamp as a main light source, dimmed down the living room lights to rather dark levels and then used a small LED flashlight with an attached blue/green Lego dish as a color filter to illuminate the scene. 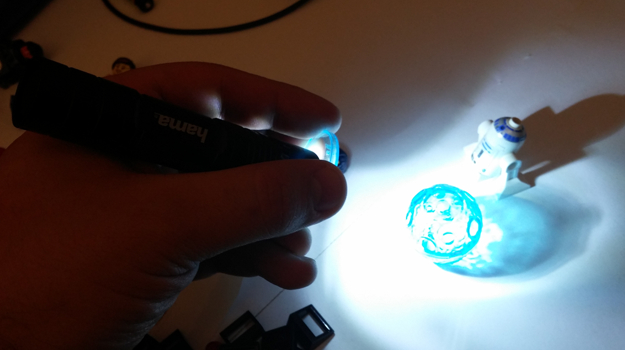 It was a simple little trick, but it did the job extremely well, in my opinion. It allowed me to illuminate the blue globe to almost glowing levels and cast the whole scene in noticeable blue light, which set the mood I was going for perfectly. As a visual effects guy, I can also do hologram effects digitally, but I wanted to stay true to using Legos in this case. Also, it's an important lesson in visual effects preproduction – even a digital hologram can be sold off way more immersive and believable when you light your scene accordingly, as opposed to just compositing the digital effect into a regularly lit scene.

That's really all there was to it! Just some average building, some planning and some clever shooting and fun, simple tricks to bring everything to life – a thought-out setup and some creative shooting made my photography what it is. I hope you enjoyed this little behind the scenes-look, as I certainly enjoyed the experience gathered in this episode! And hopefully, my skills will improve with future entries – Episode XIII is due in little over two weeks, after all.

2 thoughts on “The Making Of Episode XII – Part 2”