Have a look at the cast presented in my contribution to the Nar Eurbrikka roleplay. 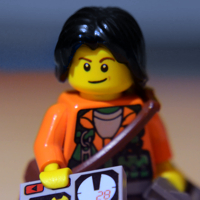 Cowan Derek Startale
Cowan "Cody" Derek Startale is the protagonist of my story arc. Coming from a wealthy family on Commenor, personal reasons force Cody to settle a score with the Empire. His actions soon bring him into touch with the Rebel Alliance and we witness the adventures he experiences in their service. 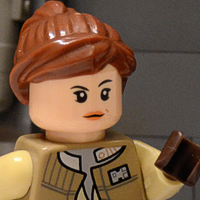 Lieutentant Alia Brynna
Lt. Brynna is an officer in the service of the Rebel Alliance and often part of ground missions such as sabotage or covert operations. She is a brave and loyal fighter and a quick thinker, often resorting to unusual tactics. Her career advancement in the military is hindered by frequent beefs with her male colleagues, though. 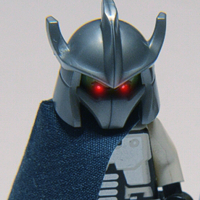 Ruw Zabro
This ruthless mercenary and bounty hunter knows no compassion when it comes to hunting down his victims. Born a wolf-like Shistavanen, Ruw Zabro was permanently disfigured after a run-in with Rebel Commander Luke Skywalker. He has been consumed by a fierce thirst for revenge ever since.